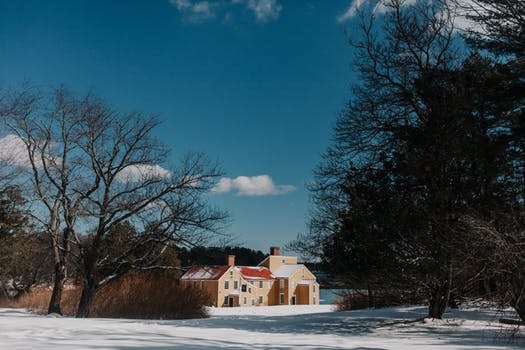 While you’re considering the price of your utility bills, it’s common to compare yourself to others. You probably know someone who pays a lot less than you do, and you start wondering about how to lower your heating bill.

But when you take a look at comparisons around the country, you’ll be surprised at how good you have it. If you really want to compare yourself to others, take a look at this article and you won’t feel as grumpy about your owns bills. You’ll see the 10 states with the most expensive heating bills and why.

The U.S. Energy Information Administration, or EIA, only has information as recent as 2017, but those numbers put Hawaii at the top of the list for energy expenses. They pay an estimated $730 a month, with a cost of $27.81 per million BTUs (British Thermal Units).

Connecticut comes in more than $4 less than Hawaii but still ranks second highest. They pay $23.24 per million BTUs. New England mandates clean energy, which is part of why it costs so much.

The $22.34 that the average Arizona resident pays per million BTUs is nearly a dollar less than Connecticut. But with some of the highest temps in the country, Arizona residents are bound to pay more to cool their homes (an estimated 4 times the average in other states).

New Hampshire residents pay about $22.28 per million BTUs. Another reason that New England costs are high is because they have to use natural gas instead of coal, which is cheaper.

Rhode Island residents pay $22.17 per million BTUs, which is in the $500 a month range for utilities. Heating bills are high, but internet costs factor into that total, and this state’s connection charges are higher than others.

Massachusetts residents pay close to what Rhode Islanders pay, at $22.13 per million BTUs. Most of the states in New England have high costs.

California residents pay an average of $21.75 per million BTUs, and about $430 a month for utilities. While heating costs may be high, they don’t use as much as other Americans, so the estimated cost includes other bills besides heating.

Maryland has few natural resources, and that combined with a low population means they pay extra. The EIA records their costs per million BTUs as $21.55.

In Vermont, costs per million BTUs is $21.45, putting them in the top ten for heating expenses. Part of the reason is that they’re facing a shortage in the natural gas pipeline.

Costs in Florida drop a dollar to $20.44 per million BTUs, even though they’re close to the Gulf of Mexico and the oil rigs. They still pay high energy bills, using more electricity than 46 other states in the country. Floridians have to make sure their air conditioning units get serviced each season because they run the AC a lot like Arizona residents.

Heating Bills Around the Country: The Takeaway

Surprisingly, Alaska wasn’t in the top ten. The EIA only ranked them as 18 for heating bills. Likewise South Carolina and Georgia, both ranked fairly high in previous years, only came through at numbers 21 and 23, respectively.

When you contrast these with Idaho, Utah, and Oklahoma at around $350 a month, some of the lowest in the country, it’s not quite as bad as you thought.

It’s important to make sure your units are running efficiently to keep costs as low as possible this winter. To find out whether your furnace or AC units can be more efficient, book now with Americare Heat and Air.